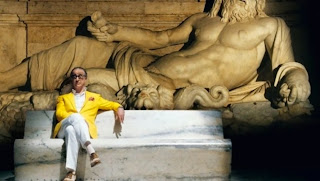 Posted by putridlilies at 4:04 PM No comments:

Email ThisBlogThis!Share to TwitterShare to FacebookShare to Pinterest
Labels: cinema 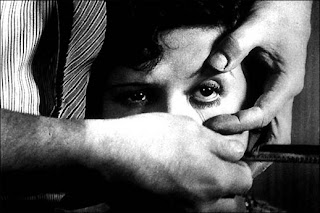 Posted by putridlilies at 5:38 AM No comments:

Email ThisBlogThis!Share to TwitterShare to FacebookShare to Pinterest
Labels: cuentos 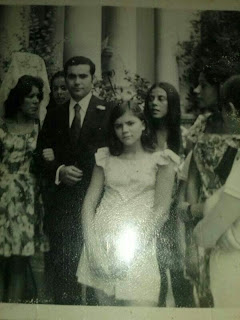 In the beginning, there was no end. 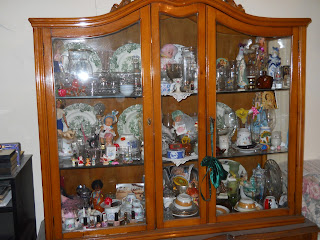 Posted by putridlilies at 5:23 AM No comments:

Meshes of the Afternoon 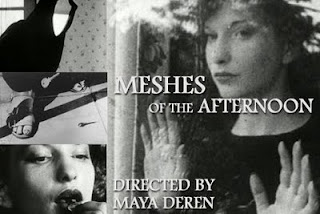 "One of the few films that I remember fondly [laughs] is Meshes of the Afternoon and I saw it when I was sixteen, so thirteen years ago, and I saw it in school, and it really affected me, strongly. As I remember the plot is pretty cyclical and I’m sure my memory of it will be even more convoluted [laughs]. Am... there is this woman walking down the street in LA, it’s in black and white, and it feels immediately drugged or dreamlike, and... there are these stark shadows. Maybe some flowers in a gate, she goes into a house, it’s maybe her friend’s house, it’s not her house, and takes a nap and then what follows is a dream, but not quite a dream of... there is this malevolent kind of male figure, creeping in the corners, and doubles her... and then certain objects that, I can’t remember what, if they had any significance or role but they are early distinct; there is like a knife, a key, a loaf of bread, kind of like violent domesticity, and... maybe more flowers and maybe they are still outside. At some point the male figure appears to be this figure in a cloak with a mirror face, it was terrifying, to me [laughs]. But then other times I think it’s a, I can’t remember if we can actually see his face or not, but I think I remember that it was actually her husband or her lover that played him, and then they made the film together. Am, there is a scene where she is sitting at the table with herself, and... I believe she awakens, and then she’s still in the dream or realizes the dream is not real. Am... there is a death. She is killed, I read it as a suicide, at the time, she is looking at herself and, I can’t remember how it ends at all.
Posted by putridlilies at 12:29 AM No comments: 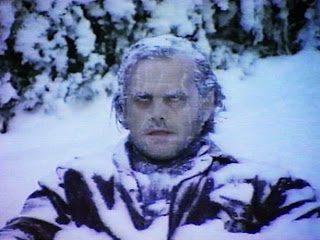 “Ok. The most important thing when you are watching The Shining is to see the dust in the air. To be honest, like, ok. So, it’s a guy that has to take over this pretty much house is a place that no one can ever go to for like five months or so, in the dead of winter, in, Colorado or something. No one can ever, no one can go there, it’s completely isolated, you gotta think, it’s so big, no one is there, he’s only there to like, keep the thing going so they can run a ski resort in the winter -The dust that settles in that plays, because there is no maid or anything, they are not there to clean it, and you see al these isolated pieces of furniture in shots that are covered in dust and the light that comes through the window is so... mind blowing. Kubrick put up sheets, like sheets outside of the place that they were shooting at, and put like a thousand lightbulbs behind the sheets to get this dusty glare to come through, so when you see like the window shots, like, I mean, it’s all, but at the same time, it’s like an amazing actor performance, like it’s such an (?) movie, but at the same time you have this man, Jack Nicholson, the greatest American actor at that time [laughs in the background] or, whatever. The most like has the most energy on the screen if you’ve seen him, and he is, pretty much winging it, because they are not following the plot at all, I mean the lines that he says are not from the book or anything, they were rewriting the script. I don’t know. That’s why I think it’s a great movie. “
“Someth...”
“I don’t know what else to say. That’s... that’s... you wanna talk about specifics?”
“Am, I’m not supposed to intervene in this. But I’m doing it right now. Why does he kill them, or tried* to kill them?”
“To me, well, ok, anyway, I’m glad you asked that, because I feel that’s the point of the movie, what makes the movie great is that you don’t ever, you know, you are not supposed to ask that question. And that’s what makes the movie great, he just, I mean, it’s not about personal things, it’s about a particular kind of fucking horrifying feeling, that everyone feels and that comes across in this movie and it’s not a co- you never ask that question of why this man is gonna kill these... because it just has to happen because the hotel looks horrifying! Like it’s not a reason but, that’s not, like, no horror has personal feelings because all personal feelings can be explained and horror is just like something that is like [guttural loud noise resembling interferences in a radio -laughs in the background.] It’s just there. I don’t know.”
Posted by putridlilies at 2:04 PM No comments:

Single female, 21
My dearest Andrew,
It seems as if I have been spending all my life apologizing to you for things that happened whether they were my fault or not.
I am enclosing your pin because I want you to think of what you took from me every time you see it.
I don't want you to think I would kill myself over you because you're not worth any emotion at all. It is what you cost me that hurts and nothing can replace it.

Married male, 45
My darling,
May her guts rot in hell -I loved her so much.
Henry

Divorced female, 61
You cops will want to know why I did it, well, just let us say that I lived 61 years too many. People have always put obstacles in my way. One of the great ones is leaving this world when you want to and have nothing to live for.
I am not insane. My mind was never more clear. It has been a long day. The motor got so hot it would not run so I just had to sit here and wait. The breaks were against me to the last. The sun is leaving the hill now so hope nothing else happens.

Single male, 13
I know what I am doing. Annette found out. Ask Cara. I love you all.
Bill
Posted by putridlilies at 2:08 PM 1 comment: 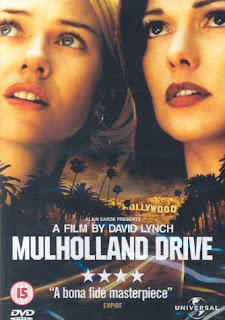 This time I watched Mullholland Drive the line that pierced me the most is one that Adam, the filmmaker, says casually at his party: "Sometimes good things happen." He is about to announce his marriage with Camille or her pregnancy, we don't get to know it; but whatever is going on between them is not a good thing, because it is based on Camille's desire to hurt Diane.
The movie is a concatenation of catastrophes in crescendo that leads to a tragic impossibility of redemption: Camille's cruelty towards Diane leads the last one to get Camille killed, and Diane finally succumbs to her guilt by committing suicide. Bur right before the end of the movie, we see the landscape of LA with Betty and Rita superimposed as phantasms: this is a reminder of the moment in the movie when Rita was wearing a blond wig and they both looked similar, and walk together through LA at 2 AM to the the theater El Silencio. They are in slow motion, laughing and in love with each other. Even if their destiny (and ours) is bound to meaningless horror, to a second-hand (taped) experience of reality that leaves nothing to say, que da paso sólo al silencio, that moment will remain. And this is the most we can expect: Sometimes good things happen.
Posted by putridlilies at 11:58 PM No comments:

Email ThisBlogThis!Share to TwitterShare to FacebookShare to Pinterest
Labels: cinema 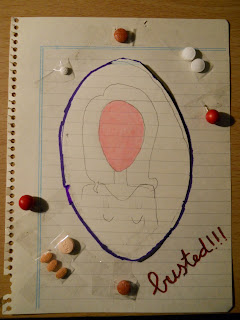 Posted by putridlilies at 4:57 PM No comments:

The ghost of the origin

Nietzsche commanded: "Become what you are."
Anorexia spread.
Posted by putridlilies at 2:38 PM No comments: 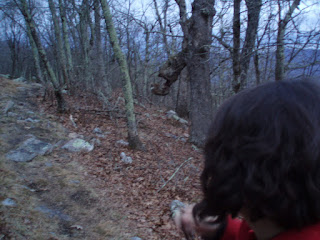 Posted by putridlilies at 8:37 AM No comments: 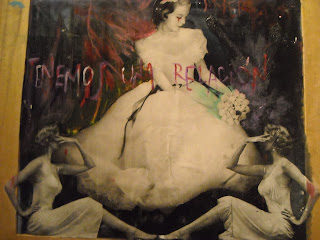 Posted by putridlilies at 8:29 AM No comments: 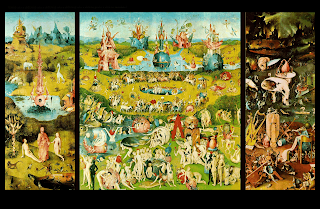 Posted by putridlilies at 8:58 AM No comments: 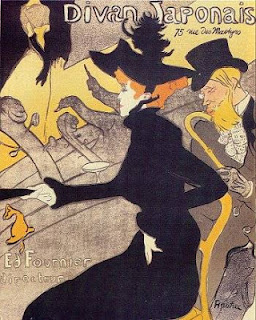